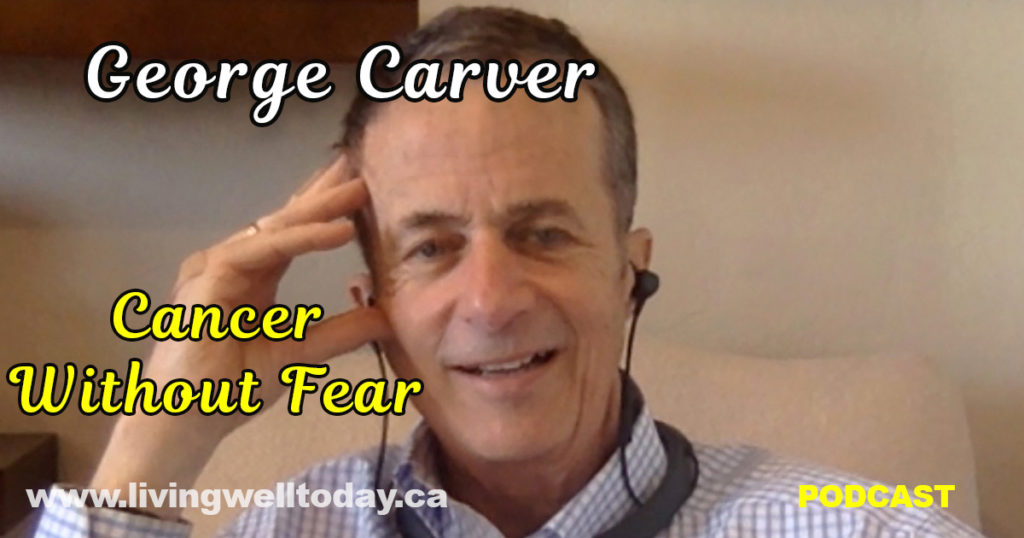 In this episode, I had the pleasure of speaking with George Carver, a soft-spoken gentleman who knows a lot about innate courage and cancer.

George embodies the kind of courage that lets him face each day with resolve, no matter what is presented.

What Matter’s To George

Married and the father of grown-up children, George said when his diagnosis of throat cancer actually sunk in, he realized he was okay, no matter what the outcome. What mattered most to him was the deep connection he shared with his wife Kathy, of 26 years and their children.

Relationships with friends and relatives are central to George’s life. He was able to see that with acute clarity.

George felt peaceful and at ease most of the time when dealing with his cancer, and when fearful thinking did surface he broke through it by becoming curious. Authentic engagement is the base of George’s communication style, both in his personal and professional life.

For thirty years George worked in the field of business and finance. He also performed in improv for over seventeen years. The later, appealed to George because as he says, “improv is really about relating authentically in the present moment.”

Not long after his departure from the business, a series of health crises steered George toward coaching.

As he recovered his health, he also discovered a passion for helping people and decided to embark on a coaching career. He began his studies as a somatic coach and received his first certification in it, but in 2015 while reading about a different approach called the Three Principles, George had an insight into the human experience which took him in an entirely new direction. Now, with a coaching certification from the principles-based program, Clarity Coaching, George works as a life and executive coach, serving people in the San Francisco area and around the world.

However, during the early part of 2017, a bothersome earache caused George to see an Ear Nose and Throat specialist. A lump on his tonsil was discovered and after the biopsy, the doctor called to confirm the lump was cancerous, but also with good news – that his cancer was curable with a six-week course of radiation therapy

In order to undergo radiation treatments to the head and neck, patients must wear a custom-made plastic mesh mask. This mask covers the face and neck and an outer layer is bolted to the treatment table to ensure there is no movement during radiation.

To make the mask – a warm, wet, sheet of plastic mesh is pulled over a patient’s face and upper body area. Within 15 minutes the mesh cools and hardens, but before it does radiation therapists mold it to the face and upper body. It’s not a one size fits all scenario. 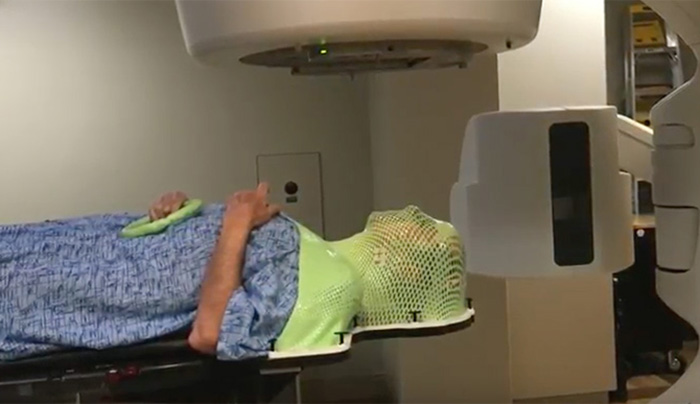 George found this procedure unnerving at first – he felt claustrophobic, especially with the “click” sound of being bolted to the table. However, he got this under control by focusing on his innate curiosity. Laying there under the mask, he asked himself  – “what will this be like from an inside-out perspective? Using that line of questioning, he responded to himself,  “I can see, I can breathe, I can hear the technicians.” He calmed himself and saw there was no need to feel fear.

During and after cancer treatment George reports that fatigue was his greatest side effect. He had planned to go out on hikes and write a small book about his experience with cancer. When this did not pan out the way he’d hoped, he felt frustrated and disappointed. He thought he was being a slacker.

Again, George focused on staying in the present moment. He reminded himself what he knew about his thinking through the 3 Principles, – an understanding of how life operates.

This understanding reminded him he is the architect of his own life. His body was merely telling him it was tired and needed to rest more. The storyline of being frustrated or being a slacker came from his thinking. He ascribed meaning to his fatigue that was anything but helpful.

Realizing that this was misguided thinking, allowed George to look within and follow his inner wisdom. He elected to be kinder to himself, similar to how he would be to someone else.

There is no wrong way to recover from cancer …there is just recovery.

To learn more about George Carver and the new and exciting programs he offers you can find him online at his new website.

Check out another one of our delightful interviews about living well with cancer.
Wendi Saggesse