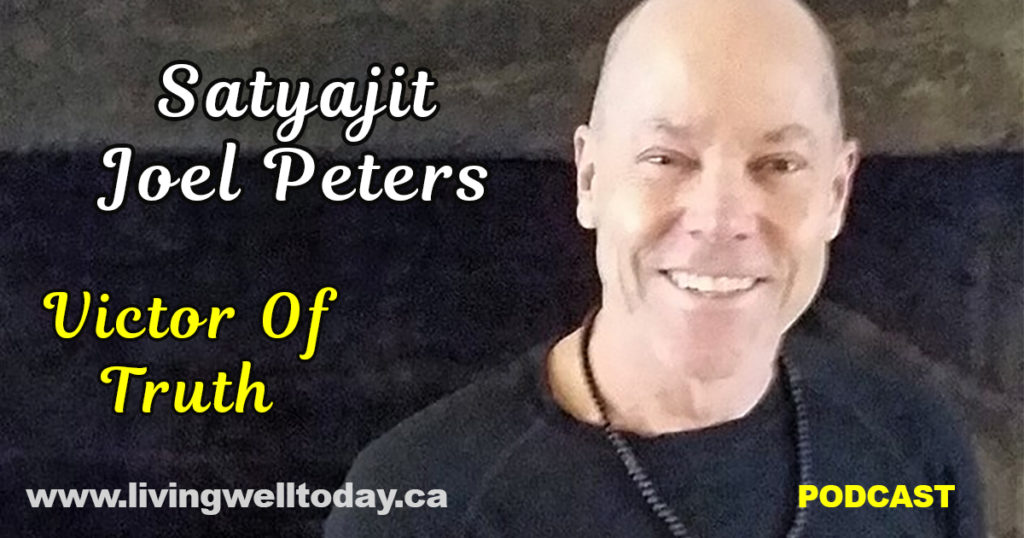 In this profound interview, Joel Peters shares his raw and honest insights surrounding the experience of living and dying.

What’s In A Name?

Joel is known to many by his Sanskrit name, Satyajit, which translates to mean ‘Victor of Truth‘. This is a name he certainly lives up to.

The Sanskrit language is the traditional language of Hinduism, Jainism, Buddhism, and Sikhism and Sanskrit literature has been used in ancient poetry, drama, and sciences, as well as in religious and philosophical texts.

The roots of yoga run deep in Northern Indian culture, which is why the language of yoga is steeped in Sanskrit.

Joel Peters graduated from The Kripalu Centre for Yoga and Health in 2005 and it continues to be a big part of his life.

As a Victor of Truth, Joel has the ability to look within and share what is discovered. Not only through words but by generating a deep connected feeling.

A deep communicator –  that sums up Joel very nicely.

Not Defined By Illness

Now approaching his mid-sixties, Joel is undergoing his third year of cancer treatment. Over the next few months, he will have a series of palliative treatments – chemotherapy, hormone therapy, and proton radiation therapy, as an attempt to control the growth of cancer that has ravaged his body. 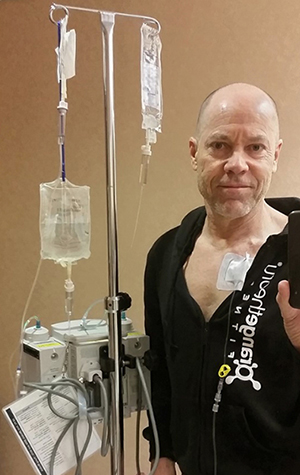 Yet, it’s clear that Joel is not defined by this severe illness. Instead, his awareness of his sense of self – goes beyond the personal and taps into his Universal sense of self.

Each life experience, from the joy of eating ice cream to the body pain that chemo can cause, and everything in between is completely neutral to the Universal Mind. The Universal Mind is the energy source of all life.

The word ‘mind’ is often confused with the biological brain, but in this particular sense, it is a vastness that supersedes the human form.

Joel reminds us it is our thinking that determines whether any experience is good or bad, negative or positive. However, we all qualify and judge our life experiences which leads to much suffering. As individuals, we want more of what we want and less of what we don’t want, that is a symptom of being human.

During this interview, Joel reflects on his 64 years of experience. His professional work background is diverse. For many years he worked in the aerospace and nuclear industry, but he has also owned an Equestrian Centre, worked as a yoga teacher and therapist, and since the late ’80s, has been a Three Principles based coach and speaker.

Oh, and he is also a grandfather! 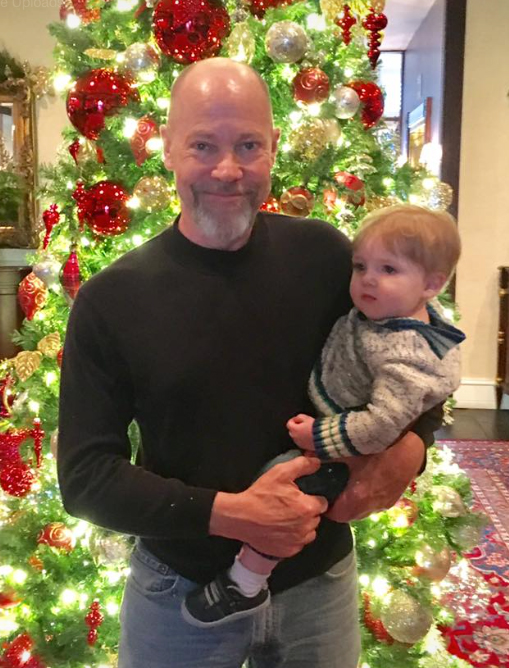 The Impact Of The Three Principles

In 1986 while attending a counselling centre in Florida, Joel happened upon the audiotapes of Sydney Banks, who is known as the founder of the Three Principles. Joel was profoundly impacted by this discovery.

His feelings of guilt and other negative thought patterns lifted – he felt better, less stressed, and his curiosity was peaked; he wanted to know more. This led Joel to meet Sydney Banks as he went on to attend several Three Principle lecture-style talks. Joel says he always felt comforted by Syd’s calm presence.

“Go toward the beautiful feeling,” was a phrase Syd Banks often used.

When it comes to difficulties or challenging circumstances, we can get caught up trying to figure out what is the right thing to do. We get lost in our own sea of endless thoughts.

When this happens, Joel comes back to that phrase – go toward the beautiful feeling – that’s where the answers lie.

According to Joel Peters, our ability to think is a spiritual and therefore universal ability that we often use for our own personal gain; this is called ego.

Yet, our individuality is an illusion that we think and experience as real.

With self-realization, however, the veil between our individual self and the Universal self thins, and it is here that we come to know who we truly are.

The deeper our conscious understanding of the Universal, the less our thinking has the ability to separate us from the wisdom that is within us.

Breathe what is here now.

The ‘what is’ is the portal of the soul to the deeper Universal, impersonal self. The self that is, in essence, the great ocean of I am.

There is a tone of gratitude that rings through Joel Peters’ words – a gratitude for all of life’s moments.

The rub, he says, is to know oneself as the Universal while also walking through our personal life. Life can be a joy … painful or not … in stillness, it is always a joy. This is enjoying all the experiences of life. 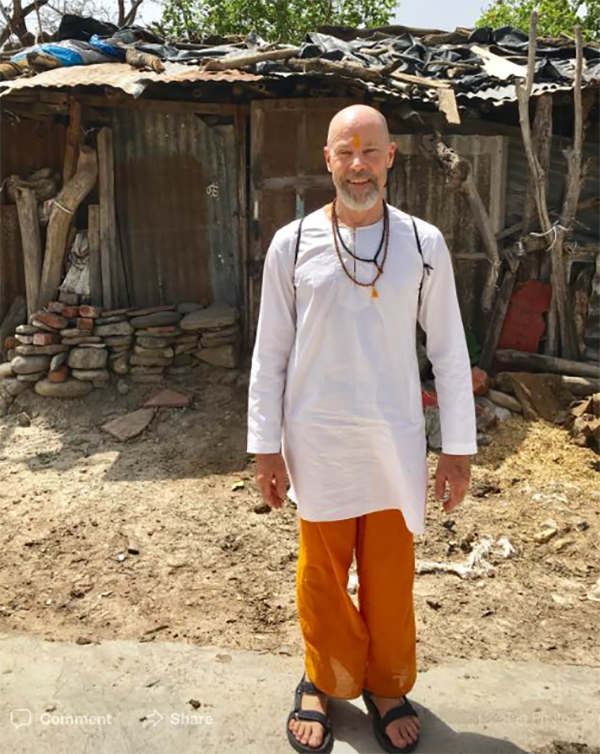 March 16th Update – Note from Joel on his FB

Just to keep everyone informed that…
I have started round 2 of chemotherapy just now at the Mayo Clinic in Jacksonville.
My hands and feet and the top of my head are wrapped in cold packs and then ice, and I continually suck on ice in my mouth for the duration to reduce the permanent damage to nerves called neuropathy which has already taken hold.  ? . Also to minimize tongue and mouth sores. My spirit is fine …. life is and even this an adventure. Thanks for the love of friends and family …. my lovely wife … for all the unconditional magnanimous love …. love you all the way endlessly  ❤️.