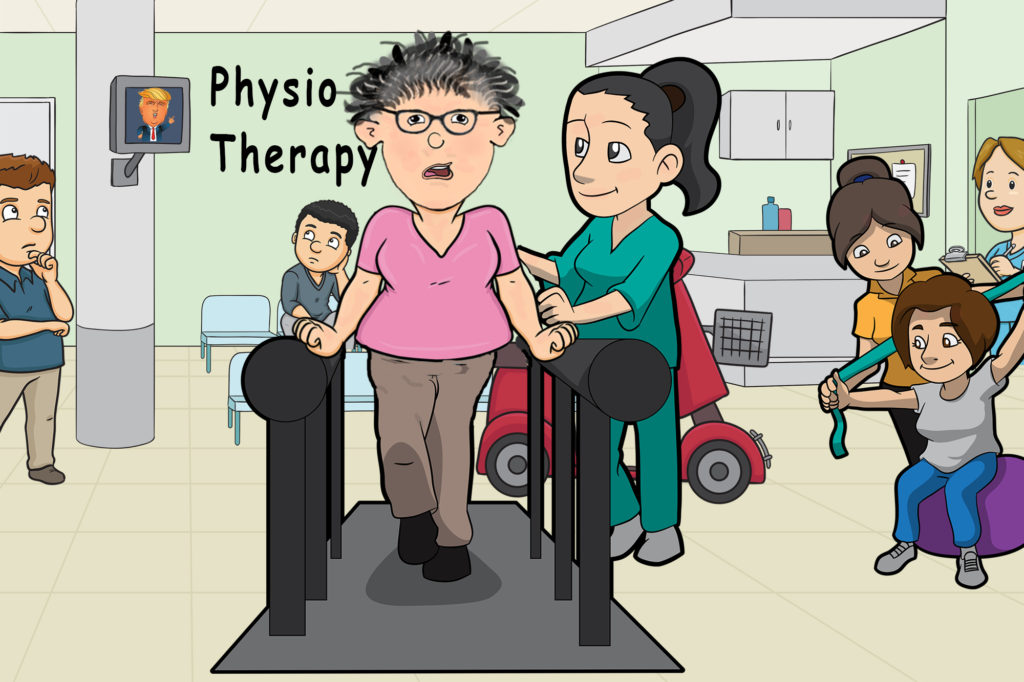 When I was a mere nine years old I was officially diagnosed with CMT (Charcot-Marie-Tooth) disease. My mother, who was misdiagnosed with polio, which is not a genetic disease, noticed early on that I displayed a weakness in walking. I don’t remember when the doctor visits and medical tests began, but I do recall being confused because I felt fine, and yet my mother seemed upset.

It was then, at age 37, she learned that she too had CMT and unknowingly had given it to me and one brother. CMT did not preclude my mother from developing other medical problems and sadly she died at the young age of 39.

As I matured, doctor visits morphed into surgeries, various forms of therapy, and the inclusion of using devices and gadgets.

Every expert or medical specialist has their own explanation about my disease but three things are consistently agreed upon: No cure, individually unique, and progressive.

Two of these three points of reference I can comprehend.
No cure – this is straightforward. There is no known quick or long-term “fix” for this condition.
Unique –  CMT has many types. Even within the same type, no two people are alike. This is true for my brother and me; we have similar, yet different, symptoms.

Progression, as it relates to my disease, is the one reference that I find curious and yet frightening at the same time.

Curious, because, in most instances, progression is considered a good thing. It’s a movement of sequential steps that lead toward a destination or development. Academic or career progression is a good example.

In the medical field, however, the term progression is ambiguous and can be mind-bending.

For example, when I took physiotherapy into my own hands in an effort to regain my strength after needing to use a wheelchair for two years, I recall being told, “you’re making progress but… remember that your disease is progressive”.

Huh? Luckily I’m not one to give up.

Clearly, no one knows what’s around the corner and it’s easy to fear the unknown, but I’ve learned to separate the ‘wheat from the chaff’ whenever professionals discuss the “potential” progression of my disease.

It’s true that I continuously experience a progression of symptoms and a limiting of abilities, and it’s also true that I am not alone. Progression is a reality for many diseases.

Like aging, the progression of my CMT is inevitable, and I find comfort in the fact that I’m still aging.

Nobody tells you that living with a progressive disease can be enriching, but if you believe you are not your disease, it can be.