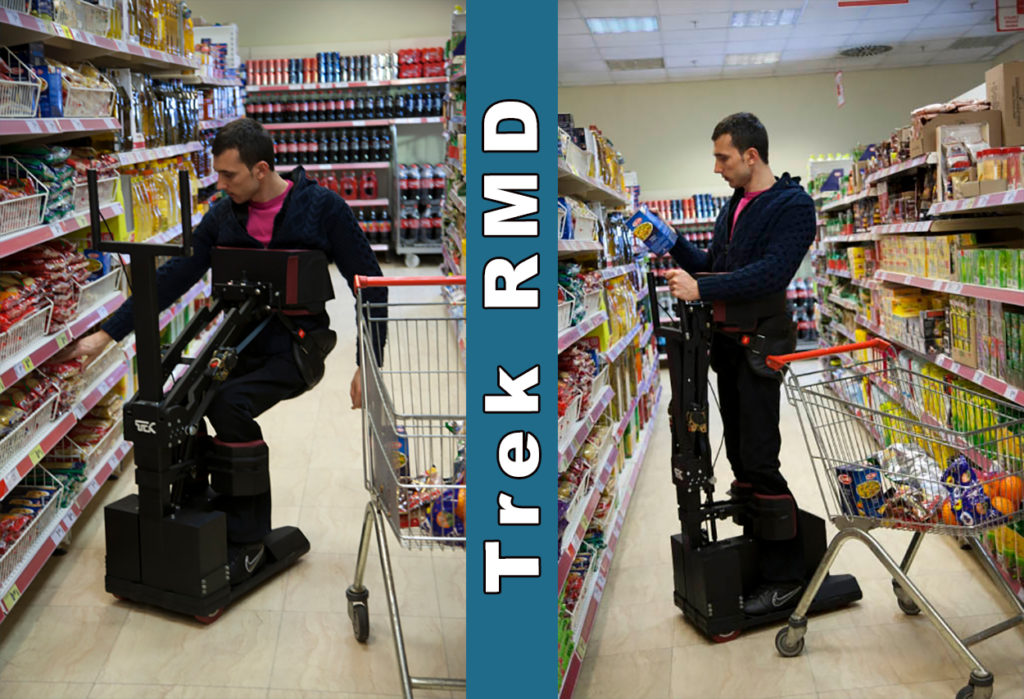 Trek RMD standing device is an amazing product that has the potential to really change everyday life for people who use wheelchairs. Development began in 2006 and the product came to market in 21012. That’s six years of design, development, and refinement for a device that has the ability to improve the health, wellness, and overall life of people who use wheelchairs.

Matia Robotics, a small team of engineers and inventors are the brains behind the Tek Robotic Mobilization Device. (RMD). Currently, it is the smallest or most streamlined motorized standing device available for wheelchair users and weighs in at 242 lbs.

Other standing wheelchair-like devices that can move usually cannot lift a user to a fully upright position. It is also necessary for users to hold canes to maintain their balance. Tek RMD, on the other hand, provides users with a gas springing suspension system that be accessed from behind and only requires a slight pull to reach an upright position. 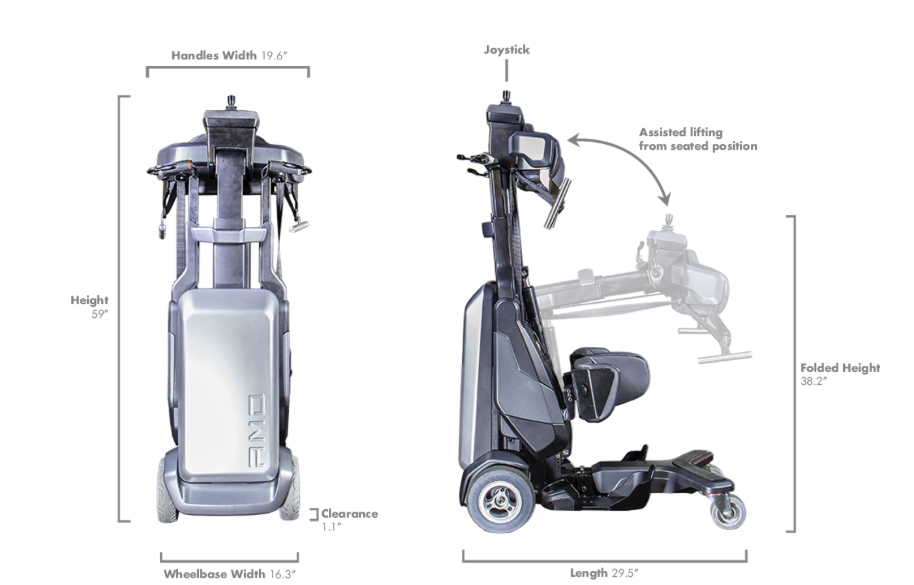 Importance of standing for good health

Standing is incredibly important to maintain blood circulation and other aspects of health. Having the option to stand will be very helpful to ward off pressure sores which are a difficult and dangerous problem associated with wheelchair life.

While standing, the device has control functions that allow movement along a smooth surface. Users can move throughout their home in an upright position. A huge benefit of the Trek RMD standing device is that it enables people to stand handsfree. They can then do simple things that we take for granted like reach for items, do dishes, hug their loved ones, and talk with people at eye level.

This is an important concern and the Trek RMD standing device has that covered. It is well-balanced and holds individuals from points of balance in such a way that it prevents any misuse or unwanted movements that could result in a loss of balance. Correct standing position and balance are preserved at all times.

A control unit located at the top of the Tek RMD is similar to most motorized scooters or power wheelchairs. Except, it has additional buttons to control belt adjustment features. The belt functions much like a seat and is behind a user’s buttocks. It also has a compact separate hand control, much like a FOB, or car key control. This allows people to bring the device to them and park it away when not in use.

For people in wheelchairs, the Trek RMD standing device offers them a wealth of freedom to move around and maintain a natural upright standing position. Ideally, this device is suitable for paraplegics as hand and arm strength is needed for mounting and to use the joystick to control movement.

It recharges in a similar fashion to power wheelchairs and has a running range of approx 3.7 miles at full power.

All in all, a remarkable robotic device.

Here is a video of the 1st American to test the device.